The Unihertz Atom is a pocket marvel, as it manages to have the function of a capable smartphone in a tiny form factor. You get a great, pocketable device that has good performance. 4gb of ram and a helio p23 processor make this device very snappy. Because the screen is so small (about 2.4") it doesn't need a lot of processing power to render the pixels on screen.

Everything works as it should, the phone is running android oreo, so is fairly up to date. It has 64gb storage (no micro SD card support sadly, but the 64gb is nice in this price range). The phone is running virtually stock android, with a few additional apps added by Unihertz, which are ideal for outdoor working or activities (It is a rugged phone after all).

The phone has a 2000mah battery. This battery while not amazing, should get you through a day and possibly two or more days if you are a frugal user. The most I managed was 4 days, but that requires you to switch off a lot of background apps and put the phone in battery saver mode and airplane mode overnight. Over two days with moderate to heavy usage I was able to get about 6 hours screen on time. The battery was down to about 8% at that point. The problem is the phone loses a fair bit of charge in standby. You can mitigate this by turning WiFi and/or mobile data off when you're not using it and turning on the battery saver. Overall I think the battery life is decent especially considering the battery capacity. It also charges quite quickly. At just over an hour for me from 15%-100% using the supplied charger. (I didn't get a three pin adapter with the phone, but bought a 3 pin travel adapter that works fine.)

The camera is probably the phone's weakest point, although I use it all the time. You can get quite decent pictures from the camera in good light. It's also quite fast at taking the picture. HDR mode really helps with landscape shots, making the colours pop. Or you can use your favourite image editing app to adjust the colours later. I use Snapseed for this. The camera sometimes has a focusing issue where the picture or video looks blurry. When this happens it best to re-adjust the angle until the image in the camera viewer looks clearer. Low light images are not great so avoid taking pictures in these conditions if you can. You also need to try and keep your hands steady as it will blur the picture otherwise.

Video can also can good as long as the lighting is sufficient and you check for any blurry focusing issues. The biggest problem with capturing video is the lack of image stabilization, so you will need steady hands to avoid a jerky video. If the video isn't too shaky, you can improve it by using the stabilise feature in the Google Photos app.

Despite the camera's faults, because of the phone's small size, it is convenient to take out of your pocket and take a quick photo or video at a moment's notice. I don't think the camera is terrible, because you can get some really nice pictures. It's just getting used to the quirks. (See some of my pictures attached)

The rear mounted speaker on this phone is actually quite loud. I was surprised how loud it goes! It can sound a bit tinny at high volumes, but you should have no problem hearing it in noisy environments. The phone also has a headphone jack which is very useful if you only have wired headphones or require an aux connection to a speaker or car sound system.

Phone calls sounded clear enough to me and WiFi is generally reliable. The phone is 4g capable and works well for me using an ee SIM. I did notice the phone heats up quite a bit when using mobile data for a while, so you might want to be careful leaving mobile data enabled for long periods.

Gaming is certainly possible on this phone, but the tiny screen makes it very hard to play games effectively. I stick to the ones requiring few onscreen controls. Crashy Cats is one I play a lot and while it is a bit harder to see what's going on, you do get used to it.

The keyboard is also tiny, so expect to make a few typos when using it. You do get used to it with time, or you can use swipe gesture keyboard controls or even voice controls using the Google assistant. It might also help you to put the phone in landscape mode while typing, as the keys will be spaced wider apart.

Fingerprint and face unlock are the two main security methods. I have set up both. The fingerprint scanner is great when it works, but often doesn't, I think because it just too small for your finger. I use my thumbs to unlock and the successe rate is about 6/10. Face unlock is quite reliable, but the default use requires you to first press the power button and then look at the screen to unlock. You can't unlock the phone when the display is off using this method, whereas you can with the fingerprint sensor.

I like the fact that the phone has notification LEDs. You can change these in the settings and have a red, blue or green light for different notifications. I found that reall... 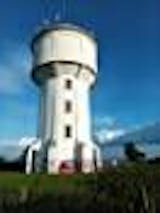 e
eric L
Make a name for yourself

As a single man, I am obviously always on the lookout for a woman. Well fellas, this is the mobile phone equivalent of owning a Chihuahua.

When I use it to pay, or scan a loyalty card, ladies coo over my tiny phone. I'm actually now recognised even in large supermarkets as the guy with the cute phone.

On a side note, it's a great phone, but who cares about performance eh?

C
Chris Bell (The Willman)
How nice to be able to have a small phone!

I love small stuff and to have a small phone that does nearly everything my large screen Pixel can do is fantastic. It's my main carry and with a PTT I also use it with ZELLO.

Screen is nice and clear albeit small, the feel in your hand is great and it seems quick too (down to the small screen?). I use mine mainly for calls and a pager with filtered SMS and emails directed to it (cheaper and way more useful than a proper pager and just as SMALL).

Overall I really like it but we'll see how it goes after reading some reviews where the rubber perishes.

It is expensive for what it is, but if you want small, other than the Unihertz Jelly there isn't anything else in its league.

N
Nick
Just what I was looking for

Perfect phone for me, the screen is small but fine if using swipe text, The size of the display stops my constant casual web browsing like on my old smartphone and limits me to looking at what I need to know. You can watch video no problem though. the NFC feature is really useful.
Battery life is good, I charged it overnight 13 hours ago, used it for 2.5 hours streaming music and texting and still have 50% left.
I love the size, so easy to fit in my pocket, I can stream my music while running and in the car etc no problem. at all, The usual Apps work fine so its reduced my smartphone use but kept me connected.
the IP68 rating is great for the beach life in Cornwall.
I did try the Nokia 800 tough before this but sent it back due to being so slow and glitchy, this phone is twice the price but worth every penny.

I LOVE my tiny smartphone